Stretch Film – How to Evaluate to Gain Big Cost Savings 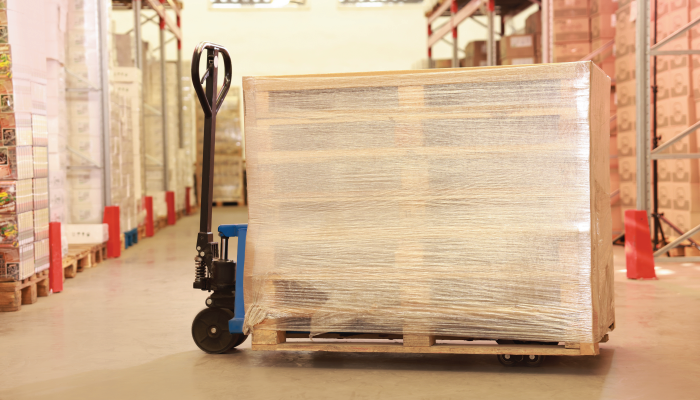 Question: When was the last time you evaluated your stretch film for cost savings? Are you one of those manufacturers using the same film or wrapping pallets the same way for years?

If so, you’re likely throwing extra dollars away with every pallet.

Evaluating stretch film and/or your stretch film wrapping process (manual, semi-automated, or fully automated) should be done regularly because changes in your products, processes, labor force, and film technologies influence how pallets go out the door. A change in stretch film may be one of the fastest ways to gain impactful cost savings.

Not All Stretch Film Is the Same

However, all stretch film has the same job – to stabilize and secure products during transport. The film is stretched around pallets so products don’t shift and arrive at their destination in top condition. If you’re not using the right stretch film, your products can be damaged in shipping.

Also, the wrong stretch film may cost you additional money in wasted packaging materials and inefficient processes that decrease throughput.

There are two main categories of stretch film, based on the process of wrapping.

One of the great innovations in hand stretch film is pre-stretch film, which is stretched to near its breaking point before it's wrapped onto rolls. Pre-stretch film has many advantages: it is less expensive than other hand stretch films; it uses less material to wrap a pallet; it has high wrapping force for better consistency and stabilization; and it weighs less for workers who are doing the physical wrapping.

How to Uncover Cost Savings in Stretch Film

Most manufacturers don’t make a change in stretch film soon enough, says Carol Edwards, our stretch film packaging expert at New-Tech. They get wrapped up in doing it the same old way.

“A 30-minute stretch film demo can save tens of thousands of dollars,” Carol says. “Most manufacturers will uncover at least $30,000-$40,000 in savings, and I’ve worked with companies who have seen 6-figure savings just by changing up the way they do stretch film.”

When it comes to evaluating stretch film, it boils down to the film being used and the process used to wrap it. 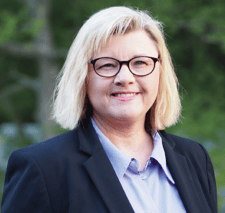 Carol says manufacturers and distributors often inaccurately compare stretch films by looking at costs per square footage. That is NOT apples to apples, she points out.

Stretch films come in various thicknesses, called the gauge. Higher-gauge wraps tend to appear a little more expensive, but the higher strength may mean you don’t need to wrap around the load as many times. This results in less material, reduced worker fatigue, and faster throughput. Cha-ching!

Also, anytime you reduce the material used, you boost your sustainability efforts. A win-win for you and the planet.

“Buy the right film, and you’ll use less,” Carol says. “That’s a win all the way around.”

Carol also advises manufacturers to take a deeper dive into high-performance stretch films. New advancements mean these films can stretch further than ever before. This can dramatically reduce material costs as you gain more wrap per roll and lessen handling for faster throughput.

Automating Your Stretch Film Process with a Stretch Wrapper

When manufacturers say, “we need to automate,” (which they are all saying today), Carol says she can almost always cost-justify automation in packaging.

Manual wrapping of pallets is a highly repetitive and labor-intensive job. Also, manual wrapping is slower and more inconsistent than what a machine can do.

Fully-automated or semi-automated stretch wrappers can increase the speed of wrapping, improve load unitization, and reduce the cost of stretch film. Stretch wrappers increase your film’s stretch rate, which means your load is stronger and better protected, all while using less film.

“A customer asked me to provide a quote for an automatic stretch wrapper. I love to sell equipment, and this wrapper with the features needed would have resulted in a six-figure sale. I took a step back to ask why they were looking to add an additional wrapper.

The current stretch wrapper was too slow, and it was causing a bottleneck in their operation. I took the time to show the customer the current machine could wrap much faster if they simply changed the film. They were skeptical but granted me a stretch film assessment and demonstration to show them the solution I recommended.

I increased their film gauge by 20%, which increased their roll price by roughly the same amount. But get this – I reduced their wrap time by 36 seconds! Think of the throughput. What matters is the wrapped pallets going out the door because the finished product is money.

This resolved the bottleneck issue and eliminated the need for an additional machine. Side note, I still saved the customer $10,000 on film costs by using the correct film for their application. I could stretch the film farther than the previous film; therefore, we got more pallets of the product wrapped per roll of film. The customer was happy with the savings but more thrilled that their wrapper would suffice.”

Going through the extra steps of evaluating your stretch film and stretch film process may save you dollars for years to come. Partner with someone who understands stretch film (machine and hand) and how the film performs, whether through equipment or human application.

Get The Packaging Pulse

An enewsletter of all things packaging.